Nevada, from a gambling to a swing State

Interview with Joey Lovato from The Nevada Independent

“All eyes are on us” – I’m listening to Joey Lovato’s answers to my questions and I can only imagine his workload as I hear the notifications bumping on his phone in the background. Multimedia Editor for The Nevada independent, Joey is currently following the Presidential Elections in Nevada. Known here in Italy for being the State of Las Vegas, Nevada is much more, as Joey explains to me. We talked on Friday and in the meantime, Joe Biden has become the 46th elected President of the United States. However, in the previous days, all the eyes of the Americans and of the whole world were on Georgia, Pennsylvania and Nevada.

“It’s interesting that people are now paying attention to us: one of the most popular hashtags is now #Nevadamatters” – says Joey. “Our State” – he claims – is rarely understood. Nevada, indeed, has been undergoing a “deep change” in the last few years: entertainment, once the main industry of Nevada, is now leaving the floor to outdoor recreations. Indeed, the number of people going to visit Lake Tahoe and other impressive natural wonders is constantly increasing. Furthermore, the State is growing in terms of urban population – the one which generally votes Dem, therefore partially explaining the Biden victory. On the other hand, as in the rest of the US, “Rural Nevada” is definitely Republican. Just to make an example, while Biden won with a 54% majority (CNN data) in the county of Las Vegas, Trump is now leading with the 84% of the preferences in the neighbouring Lincoln county (CNN data). However, if we check the number of votes, we see how, apart from the urban areas, the rest of the State is sparsely populated – as Joey puts it. “Nevada is one of the States with the highest Urban population”. Living in the desert is difficult: “it is not like in the Midwest, where the countryside is full of farms”. People living there “have different interests and different priorities than the one living in the cities”.

However, Nevada, divided as it is, seems to be the perfect representation of these elections. As far as now, indeed, none of the States has scored the exact national average percentage of votes as Nevada did: 50% of the preferences for Biden, 47% for Trump. Interestingly, this is what happened more or less in the 2016 elections, as Clinton won there with 48% and Trump got the 45.50% of the votes (while at the national level they got, respectively 48% and 46%). Therefore, it seems that in the future elections, more people will look to Nevada not only as a swing State, but as a representative State. Next time, therefore, if you want to bet on the Presidential elections results, forget Las Vegas’ casinos and pay a visit to the other part of Nevada. 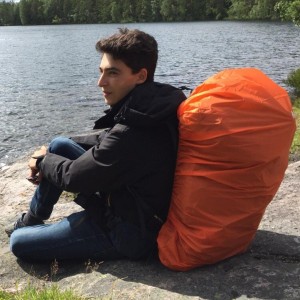